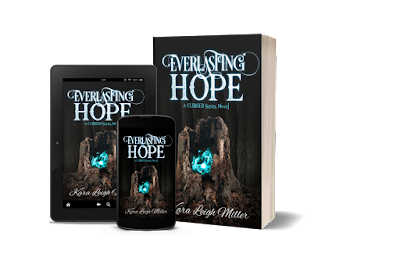 Writing this book has been quite the journey, and not because it was necessarily difficult to write, but because this story was never supposed to exist. When I finished Eternal Life, my plan was to dive right into Jax's story so that he, too, could find his happily-ever-after. There was just one problem--I had no story for him. No suitable love interest that could handle him. No obstacles or plot. I was truly stuck. So I did what I do best and I procrastinated.

Slowly, ideas began to tumble around in my head, and I moved away from Jax's story and instead focused on Abby. After the devastating lost she'd suffered, I couldn't help but wonder how she was doing. Was she healing and moving on? What she still lost in grief? But most of all--what did Isach's letter to her say??

Then, the ideas came harder and faster, and I knew I needed to tell Abby's story before Jax's, though he plays a large role in this book. Originally, I'd considered letting Jax and Abby get together, but absolutely nothing about that felt right, so don't worry: they don't end up as a couple. I promise ;-) But you'll have to read the book to find out what does happen. And you can start with Chapter One for FREE! 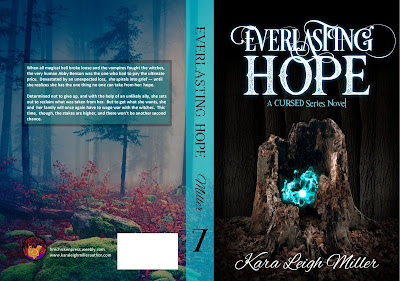 When all magical hell broke loose and the vampires fought the witches, the very human Abby Benson was the one who had to pay the ultimate price. Devastated by an unexpected loss, she spirals into grief—until she realizes she has the one thing no one can take from her: hope.

Determined not to give up, and with the help of an unlikely ally, she sets out to reclaim what was taken from her. But to get what she wants, she and her family will once again have to wage war with the witches. This time, though, the stakes are higher, and there won’t be another second chance.