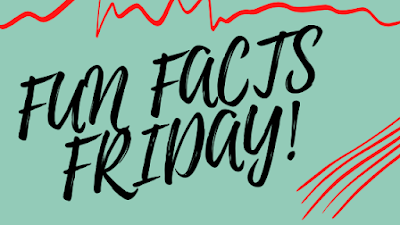 Today we have the lovely Sara Beth Williams and her contemporary Christian romance, When Hearts Collide.

Let’s start by learning a bit about you. Tell us who you are, where you’re from, what you write, etc.
I’m Sara Beth, I am from Sacramento, California, and I write Contemporary Christian Romance.
Things I love: the beach, guitar, music in general, gardening, reading, writing of course. Anything that involves creating. And I love peopling! Both online and off.
Things I hate: pulling weeds. Please. No. More. Weeds.


Welcome, Sara Beth! We're thrilled to have you here today. So, let's get started, shall we? Is your character religious? If so, what do they practice? Do they attend church?

I have two main characters--Jay and Lacey--so I’ll be answering for each of them.

Jay did not grow up in church, but became a Christian later on in life. He is a new believer. Becoming a believer changed his life. He attends a Bible-based church and helps his roommate, Matt, out on Wednesday nights during the college-age church service. He also attends small group Bible studies, and church every Sunday. Being a part of the Christian Community is extremely important to him.

Lacey grew up in church and was raised by a family who claimed to be Christians. She attended church every week, until her father left their family. Her sister’s tragic death was the last straw that shattered her childhood faith.

Fun Fact: I grew up in church, and adored spending time with my friends in our youth group. I started a Bible club at my high school. But many, many people that I knew from my youth group have fallen away from Christ for lots of reasons. It breaks my heart. My faith is very important to me. While there is some sadness there, I also have some friends who weren’t believers while I was young, and are now believers because something major changed in their life later on. This, to me, is encouraging. I should think more on these stories.

Is your character close with their family? If not, why?
Jay didn’t know his father, and his mother was very neglectful. He ended up in foster care, and was eventually adopted by his half-brother, who is ten years older. He grew up in a rather independent environment.

Lacey had a wonderful family growing up. But then, her father left, and her older sister died tragically. Currently, all she has left – her choice, by the way - is her older brother, Joel.

Fun Fact: I adore my parents and brothers. I am extremely blessed to have a family that set a strong foundation in faith and salvation of Christ. We are not perfect. There are a lot of personality differences. As a child, I knew several children who grew up in challenging households. As a teacher, I’ve unfortunately met children who grew up in neglectful households. I’ve also met many people who grew up in non-Christian households and have grown into amazing, wonderful adults.
There are SO many different types of families, it’s incredibly humbling to think about. As I’ve matured, I have realized just how vast each person’s background, upbringing and experiences really are.

What is your character’s biggest regret? Why?
Jay regrets getting behind the wheel of his brother’s car at all. If he’d been more conscious of his actions, then he’d not have lost so many years of his life.

Lacey strives to coat herself in a hard-shell of ‘no-regrets’ and ‘don’t-look-backs’ and ‘the past is in the past’ Deep down, underneath her biggest regret is simply not being able to somehow save her sister from such a tragic ending.

Fun Fact: I believe everything happens for a reason. The decision I make lead into more decisions and if I hadn’t done one thing or another thing somewhere along the line, then the good things in my life possibly may not have happened at all.
That said, I always wonder what would’ve happened if 1) I had majored in English instead of liberal studies 2) I had actually planned ahead and gotten my teaching credential before I had kids and the economy imploded the first time (2009) … 3) If I had waited to get married until 2009.

What does your character do to relax?
Jay loves to exercise, and he loves to read. While in prison he devoured anything he could get his hands on in the library. He also loves to just be lazy and do whatever he wants whenever he wants.

Lacey loves bike riding, and going out with her friends. Movies, lunch and dinner hangouts, anything that involves going out with people. She also loves acting and working with the college theater department.

Fun Fact: I love creating. Writing, playing music, creating graphics, gardening, landscaping (to a degree) building things. I’m happiest when I can work in an environment where I can come up with and implement new ideas.

What is the one thing your character is most proud of? Why?
Jay is excited and proud to have gotten into college after his release from prison. It’s something no one in his immediate family – however small they were – has ever accomplished.

Lacey is proud to have built an independent life for herself. Though she lives with her brother, she has a job, is in her junior year of college, and is thrilled to be helping out in the theater department of her college.

Fun Fact: Most recently, I’m proud to have made some progress on my garden in our backyard. It’s taken a while to turn a few years of neglect into something lovely and beautiful. I’m also very proud to finally have a job in the publishing industry as a publicist – though it’s a freelance job, it’s a step in a very exciting direction! 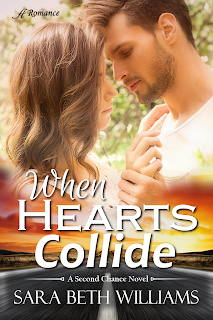 A reckless mistake landed Jacob "Jay" Mathews behind bars, but it was his inescapable guilt that led him to God. Upon his release, with the help of a spiritual mentor and friend, he strives to move forward with his life. Determined to graduate college, get a job, and follow God's word, the last thing Jay needs or wants is a girlfriend. Until he meets Lacey Bennett.

When fervent prayers for reconciliation between her divorced parents go unanswered, and her older sister tragically dies, Lacey questions how God could allow such tragedies to befall her family. Turning her back on her past and God, she focuses on her future. College and theater are her ultimate goals; falling for the one type of guy she swore to avoid--a Christian--is not. No matter how much she wants to resist, Jay is irresistible.

As their relationship deepens, Jay struggles with Lacey's unresolved anger and her unwillingness to even discuss faith. All he wants to do is reveal how God changed his life, but doing so would mean revealing his status as an ex convict. Finally, as she begins to rekindle her faith, past secrets collide, threatening to destroy everything they've built. Now, Jay must rely on his faith more than he ever has before. Can they learn to forgive--or is their relationship fractured beyond repair?

Sara Beth Williams is a wife, mother of two daughters, and temporary caretaker of a lovable old lady

pit and a spunky Pomeranian-Shih Tzu mix. She lives in Northern California. When she's not held hostage by the keyboard, she enjoys music, teaching, reading and spending time with her family. She is all about connecting with readers!