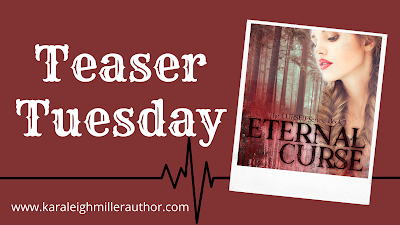 Only 1 week to go before ETERNAL CURSE is out in the world! I can't believe it's so close already -- feels like the time has sped by. But, know what that means?
It's time for another #TeaserTuesday!
For the final #TeaserTuesday, I'm sharing a scene between Trent and Chloe that I had a lot of fun writing. It's a moment that's both sexy and funny and is the first of several of these types of conversations between them. I wanted to really show how Chloe's thoughts and feelings surrounding sex and her virginity -- it's not something she takes lightly, and through the course of the first few books, she questions if she's ready to take this step with Trent...

Quicker than I could process what was happening, Trent had me flat on my back, and he was now on top of me, his weight suspended on one arm while his free hand landed on my hip, almost like he was holding me in place.

My head spun, and I blinked several times to get my bearings. “You really need to stop doing that.”

A slow, sensual smile curved his lips. Then he kissed my neck. I shuddered involuntarily. My first instinct was to push him away and tell him to stop, but I didn’t. He wouldn’t hurt me; I knew that.

“How about this? Do I need to stop doing this, too?” He showered my neck with tiny, heated kisses.

“No,” I said breathlessly.

“Mmm. Good. How about this?” He slowly unzipped my hoodie, and I froze.

I only had a tank top underneath. But then he stopped tugging the zipper and kissed his way across my collarbone. And then his mouth ventured a tad lower. I moaned softly and arched into him.

No one had ever been allowed to kiss me like that, and I never wanted him to stop. God, what had gotten into me? How far was I going to let him go? Farther than I’d ever gone with anyone, obviously, but at what point would I say enough? Would I ever say it was enough?

“How do vampires even have sex?” I said aloud before I could stop myself.

Trent jerked his head up to look at me. “What?”

“Um, I, uh, I just mean in general. Can you do that?” I paused. “I mean, I know you can because you told me about Sean and Annmarie, but is it… different? Not that I want to have sex with you or anything.” My eyes widened with horror at my words. “I mean, I’m sure eventually I’ll want to do that, but not today. Not right now.” Flames of embarrassment burned my neck and cheeks. “Oh, God.” I covered my face with my hands, mostly so I’d shut up. “I’m sorry.”

And then Trent laughed.

I couldn’t believe he was laughing at me. I shrank into the mattress, praying it would swallow me whole.

“Chloe, honey.” He gently removed my hands from my face, but I couldn’t look at him. I was too mortified. Too bad for me, he wasn’t willing to let me get away with that. “Look at me.” Gently clutching my chin, he turned me to face him. “Whenever you’re ready for that”—his lips twitched as if he wanted to smile—“you let me know, okay?” 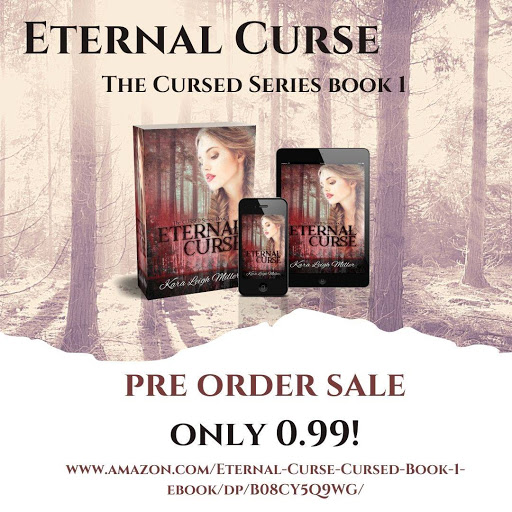