The Journey to Self-Publication, Part 1: Making the Choice

I've gotten quite a few questions about why I finally decided to delve into self-publishing and how I'm doing it, so I figured why not create a new blog series!

Every Monday, I'll be sharing a piece of the self-publishing puzzle---from how I came to this choice to writing, editing, marketing, sales, and everything in between. Please remember that this is simply my experience, how I chose to do things. Others do things differently, and that's fine! So, your mileage may vary, but in the end, I hope seeing yet another way of tackling self-publishing will help you on your path. 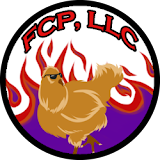 I had started seriously considering self-publishing back in 2018 when I created my own company--FireChicken Press, LLC. Did I have to create an LLC? No, of course not. A lot of very successful Indie authors don't do this, but I knew once I started this self-publishing journey, I wanted to do it right. I wanted to make sure I was moving forward with this as a solid career choice and not as a fall-back option should I not make it in the traditional publishing world. And so, FireChicken Press (FCP) was created.
But why did it take me two years to finally release a book via FireChicken Press? Well, lots of reasons. First, I was still scared. There was--and still is--a lot I don't know about self-publishing, things I needed to learn before I jumped in. I spent the last two years studying the market, watching how other successful Indie authors did things, reading everything I could find about publishing, talking to people, asking questions, writing the books (more about that later), and doing all the legwork to get FCP ready to go (more on that in next week's post).
Secondly, I had no idea what book I wanted to self-publish first. It's no secret to anyone who follows me that I have way too many WIPs. Originally, I was going to start with my YA contemporary romance series, The Georgia Corbins, but I'm still not sure where I'm going with that series. But I was really getting into my YA paranormal romance series, The Cursed Series, so that's where my focus was. 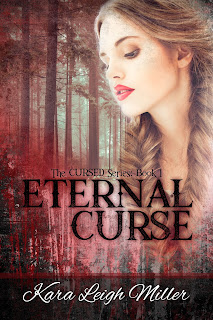 When I began writing the first book, Eternal Curse, it was a project just for me, and I really had no intention of ever publishing it. But the deeper I got into the story, the more I fell in love, and I knew I wanted to share it with the world. After finishing book one, I went through the obligatory CP feedback and editing... so much editing... and the reactions I got were wholly positive!
I thought, "Hmm, maybe this is the one that will snag me a new agent. It can't hurt to try!"
Thus began a grueling 18 months in the query trenches. I got several requests, which all ultimately ended in rejections, but the feedback I got from those agents was very encouraging. They liked my writing, the voice, the twist at the end.
During this time, I was very actively writing book two, which I finished, and then moved on to book three. The rejections continued to trickle in, but I began to realize something: I no longer cared! The rejections didn't bother me like they did when I'd first started querying. I still had quite a hefty list of agents I wanted to query, and once I'd exhausted those, I had a list of publishers I was going to try.
But as I kept writing this series, I started to have those moments of panic. What if I did get an agent? What if they wanted me to change key aspects of the story? What if they only want 2 or 3 books, and I'm planning 4 or 5? What if I get an agent and it sells to a publisher and they want big, massive changes? Would I be willing to make them?
The answer was a firm, resounding NO!
Please don't mistake that answer as my unwillingness to edit my books. That's far from the case. In fact, I've edited book 1 so many times I've lost count. Ha! But I knew there were key elements in my book that I didn't want to remove, plot points and characters that I explore in more depth as the series progresses. In book three, I completely turn everything on its head, and I'm not willing to change what happens. I want complete and total control over this series.
And it was that realization that finally solidified my decision to self-publish. I withdrew any outstanding queries I had, never sent another one, and I haven't looked back since.
I guess my one takeaway from this post is this: Make the decision to self-publish for YOU! Do it because it's something you truly want to do. Once I made my choice, I felt so much lighter, like I had all this freedom to do what I wanted to do, to write the books the way I wanted to write them so that I was able to tell the story I wanted to tell.
Come back next week when I'll be talking about creating an LLC and all the other stuff that goes along with that.
Got questions? Drop them in the comments.
at 5:00:00 AM