Does no really mean no?

Before I answer that question, let me clarify. This is not some in-depth blog post about a person's right to say no or choices or anything else deep and thought provoking. Nope. This is simply the story of how I found my agent!

I have signed with the wonderful Dawn Dowdle of The Blue Ridge Literary Agency. She is representing me for my series of romantic suspense books.

Now, back to my question: Does no really mean no? Usually, yes. But in this particular situation, no. lol. Allow me to explain.

In December, I participated in the #pitchMAS pitch event. During that event, Dawn favorited my pitch on Twitter. So, I visited her website, did some preliminary research, and sent off my query on December 20th. According to the email reply I got stating she received my query, it would take two months for a response. And so the waiting began. I should add that other agents had requested as well, and the rejections were quickly rolling in, but still nothing from Mrs. Dowdle.

Then, on January 31st, I got a response. She rejected. What a hell of a way to start the new year, huh?

As much as it sucked, I didn't let it get me down. I revamped my query, revised my novel (again), and geared up for #PitMad, which was taking place on January 8th. The day of the event arrived, and I was ready to go. My pitches were pre-scheduled throughout the day, and I have a positive attitude. I'm happy to say that the requests started to trickle in. I was excited.

But then Mrs. Dowdle requested. Again. 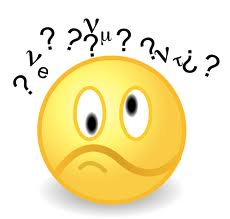 I was shocked and confused, unsure what to do. Typically during this kind of event, if an agent or editor requests something they've already requested, they state to take the second request as a compliment but not to send another query. However, there was no such statement anywhere on her website or Twitter feed. Ignoring her request seemed rude. Tweeting directly to her seemed unprofessional. And I couldn't send her a direct message because she didn't follow me on Twitter. So I did what I always do when faced with a difficult decision -- I turned to my fellow author friends.

The consensus: Send another query with a little note letting her know she's already seen and rejected my manuscript. So, that's what I did. Do I recommend everyone do this? No. I took a risk doing this, and I knew that, but I figured because of the unique situation of Twitter pitch parties and that she'd already rejected me, what harm could come from it? All she could do was tell me no again, right?

The second query was sent to her on January 8th. On January 9th I received a reply stating because she'd requested again, she'd reconsider. Now, I seriously thought she was just being polite, but it was nice nonetheless.

Then, a few weeks later, I got an email from her stating she'd like to set up a time to speak on the phone. So, we did, and now she's my agent!!!

Overall, I'm thrilled with my decision to sign with Dawn, and I have the utmost confidence in her ability to sell my book(s). And I owe a HUGE THANK YOU to every single person who hosted these contests, retweeted my pitches, offered encouraging words, and supported me in this crazy, wild, emotional endeavor. I wouldn't be here without all of your help :-)