Surviving the crash was easy...

IT'S FINALLY HERE!!!
The cover for Warped Remains is here!!! 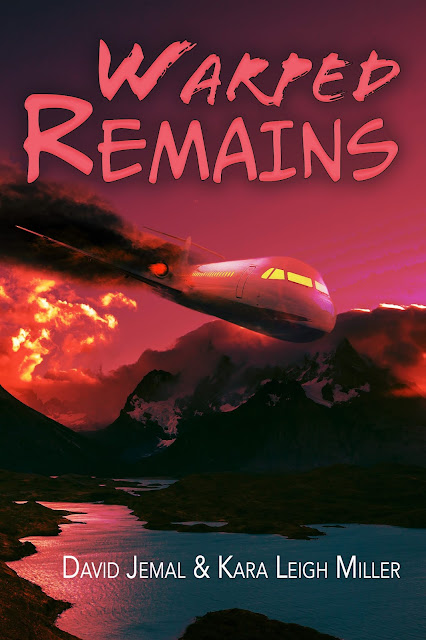 Emily Sheffield’s parents are the worst. Okay, maybe Emily has been erratic and her behavior a little reckless lately, but shipping her off to live with her grandparents in Alaska is so much worse than she deserves. At least she gets to spend her layover with the cute boy on the same flight. If she has to leave everything and everyone she knows, she might as well make some new–and cute–friends, right?

For Aiden Cohen, life in Alaska is perfect—good grades, great friends, an awesome church, and work he loves. There’s just one thing missing: his mom. Desperate to know her, Aiden sets out to find the woman who abandoned him at birth. But a disastrous first meeting with his birth mom, leaves Aiden stunned and ready  to go back to his ordinary life in Alaska. And with fate finding Aiden and Emily on the same flight, he couldn’t be happier. If only he can convince her that God is real, everything would be perfect.

Everything seems to be going well—until a confusion on the runaway prevents the plane from landing. Circling the runway should have been simple, but when the plane hits a bad patch of turbulence, throwing it off-course, the pilots lose control.  The plane crashes, leaving Emily, Aiden, and two dozen other passengers stranded on a creepy island. Surviving and hoping for rescue are their primary goals, but the least of their troubles. They aren’t the only ones on the island, and it’s now a race against time for someone to find them before the island’s inhabitants do. But there are people willing to do anything to keep the island’s true purpose a secret—even if it means sacrificing the lives of the survivors.

If you don't already, be sure to stalk me so you can be the first to know about all the fun stuff we have planned for this book! And trust me, there is going to be a LOT of fun stuff across various platforms :-)